After the independence, the first period(1991-1992) of Azerbaijan foreign policy was conducted in one direction and it can be described as pro-Russian foreign policy which was followed by Ayaz Muttalibov.[1] On the other hand, in second period(1992-1993) Abulfez Elçibey implemented pro-Western and pro-Turkish foreign policy while the relations with Russia and Iran was getting worse.[2] Because, Elçibey focuses on Turkishness and claimed to integrate with South Azerbaijan territories where dominated by Iran.Pro-Turkish policy had also some negative consequences such as seperative movements of Talysh and Lezgin minority groups.Moreover, Elçibey started to meet with Western oil companies and these meetings bothered Russia because it perceived this situation as a threat to its own security, and it did not want to give up control over those territories.[3]

On the other side, in Heydar Aliyev era, foreign policy was rebuilt and there was some efforts for transformation to an active state.This new foreign policy was described as balance policy, and implemented among ascendent actors in this region.This policy aimed to solve the problem of territorial integrity of Azerbaijan, to create appropriate conditions for political, economic and military cooperation with other states, to cooperate with regional and international institutions.[4]

Balance policy was identified with the name of Heydar Aliyev.He constructed the foreign policy on two phases. In first phase, Heydar Aliyev tried to eliminate the harmful damages of pro-Western and anti-Iranian, anti-Russian foreign policy which was applied during Abulfez Elçibey era.In second phase, by implementing a balanced foreign policy he tried to carry out a coherent policy among active international actors within the region.

The main priorities of Aliyev’s balance policy was multilateralism.This principle was applied through by considering geopolitical location of Azerbaijan so balance of power of regional and global actors must be considered.[5] Therefore, the main features of balanced foreign policy can be defined as living in peace with all states, peaceful settlement of disputes, not to intervene to internal affairs of other states, establishment of diplomatic relations, representation in international organizations.[6]

One of the most important aims of balance policy was to transform Azerbaijan to a cooperation area rather than area of struggle.For this reason, Heydar Aliyev tried to implement a coherent, close and balanced policy between Russia and the West, but he did not allow their interference to Azerbaijan’s internal affairs.[7]

At that time, implementing balance policy was inevitable in terms of Azerbaijan’s national interests.Because, Azerbaijan situates in the junction point of geostrategic interests of either neighbour countries in the region or powerful countries of other continents.Aliyev was aware of this situation and by implementing balance policy he regulated the foreign policy.Thus, he aimed to balance the interests of East and West by considering Azerbaijan’s national interests.In this respect, by bringing economic, geostrategic, political and cultural elements into the forefront rather than ethnic, historical and religious elements, Azerbaijan foreign policy was shaped.Therefore, Azerbaijan could ensure international integration through by implementing more universal and more global policies.

Restoration of Stability and Achievements of Balanced Foreign Policy

On June 10, 1993, Heydar Aliyev came to Baku and became chairman of the parliament.After the referendum vote for confidence in August, Elçibey’s presidency was ceased and Heydar Aliyev became the new President of Azerbaijan as a result of the elections on October 3, 1993.[8] When Haydar Aliyev came to power in 1993, he faced with a series of problems in both domestic and foreign policy.Furthermore, he did not have enough time and equipments in order to solve existing political problems.[9]

First of all, during Abulfez Elçibey era, Azerbaijan foreign policy experienced a dramatic decline of the relations with Russia and Iran due to his pro-Turkish and pro-Western foreign policy.Thus, there was spoiled relations with Russia and Iran.As a response, he declared to suspend ongoing contacts with foreign oil companies on June 25, 1993 in order to prevent pressures coming from Russia and Iran.This was a relaxing decision for Russia but not the West. Therefore, Western oil companies complained about this decision.For this reason, in August, Aliyev declared that a new commission would be established to meet with those companies. Thus, he succeeded to decrease pressures coming from either West or Russia and Iran.[10]

In addition, Aliyev tried to enhance spoiled relations with Russia.Thus, he visited Russia in the summer of 1993 with the intention of ceasing Armenia’s invasion and and reclaiming the occupied territories through the assistance of Russia.Moreover, he showed his intention to participate in the Commonwealth of Independent States.After that Azerbaijan participated in CIS on September 24,1993.[11]

If we consider the situation of Azerbaijan in 1993, the situation of Azerbaijan at that time can be defined as undergoing a painful process.Heydar Aliyev was aware of that in order to implement a successful foreign policy, stabilizing domestic policy was the primary condition.Thus, Aliyev took some steps in order to ensure stability.Firstly, Aliyev appointed to Surat Huseynov as prime minister in order to keep him under the control.Because he was a paramilitary commander and he was largely responsible for the removal of the Abulfez Elçibey.Thus, he could be a serious challenge against consolidation of Aliyev’s power.[12]

Secondly, because of the implemented policy by Abulfez Elçibey, the seperatist movements gained speed and at the end, Colonel Aliakram Humbatov declared an independent Talysh-Mugan republic on August 7, 1993.The claims of Aliakram Humbatov were a crucial threat against territorial integrity and state’s independence.[13] Therefore, in order to overcome this threat, Aliyev promoted people to take action against Humbatov.As a result of the protests, he escaped to Iran, then he was extradited to Azerbaijan.He was tried in court as a treason in 1996 and was punished with death penalty but he was forgiven in 2004 and was exiled to Netherlands. Therefore, Humbetov threat was also eliminated.[14]

By the end of the log-lasting meetings with Western companies, an “Deal of Century” was signed on September 20,1994.With this contract, exploitation of Azeri-Chirag-Guneshli oil field was started.That created a network of pipelines to export oil to the world markets.It was very important contract because it enabled Azerbaijan to play significant role in the region by determining flows of energy resources in Eurasia.[15] A stake also was given to Russia, so pressures coming from Russia about energy issue were considerably removed.On the other hand, Iran did not take part in this agreement because of the objections mainly by USA and Western countries; but Aliyev committed to give stake from other agreements to Iran and this led to positive changes in Iran’s foreign policy towards Azerbaijan.

On the other hand, another crucial challenge was the Nagorno-Karabakh problem. Armenian occupation was continiuing. On May 11, 1994, the ceasefire agreement was signed between Azerbaijan and Armenia.In Heydar Aliyev era, some achievements were reached in Azerbaijan foreign policy in terms of Nogorno-Karabakh problem.During his period, the number of states who support Azerbaijan and accept its thesis.Deal of Century was also important for this support because 6 powerful Western states initiated solving this problem due to fact that to overcome security threat for their economic investments in Azerbaijan.[16] Therefore, all these developments enabled to ensure stability for domestic and foreign policy.[17]

Furthermore, important steps in terms of state building were taken by establishing new legal and political institutions such as establishing of political parties, adoption of new constitution in 1995 and so on.[18] The main aim of all those developments was to ensure stability within the country.

When Heydar Aliyev came to power, the most important problems were to ensure a positive development about Armenian-Azerbaijan Nagorno-Karabakh problem, to enhance relations with Russia and Iran, to overcome political, economic and military pressures coming from those states, to reevaluate the meeting demands of western oil companies in more appropriate conditions, and to control the situation of the country.

Therefore, Heydar Aliyev tended to implement more realistic and pragmatic foreign policy by considering existing world order. This policy was defined as balanced foreign policy.Through this policy, the spoiled relations with Russia and Iran were recovered.Besides, in Heydar Aliyev era, Azerbaijan established bilateral relations with many states of the world and also international organizations.

In addition, Heydar Aliyev was aware of that in order to implement a successful foreign policy, stabilizing domestic policy was the primary condition.Thus, Aliyev took some steps in order to ensure stability.Firstly, he removed disloyal elements within the system that could threaten both state’s territorial integration and Aliyev’s position such as Colonel Aliakram Humbatov and Surat Huseynov.Thus, he reasserted the control over state and enhanced his position. Secondly, ceasefire agreement was signed and ended the war with Armenia.Then, the “Deal of Century” was signed. It was very important contract because it enabled Azerbaijan to play significant role in the region by deter¬mining flows of energy resources in Eurasia.Moreover, it was also important to create awareness about Nagorno-Karabakh problem because 6 powerful Western states initiated solving this problem due to fact that to overcome security threat for their economic investments in Azerbaijan.Lastly, new legal and political institutions such as political parties, new constitution were created, this was also important in terms of state building.

As a result of all these developments, Heydar Aliyev achieved to restore stability within the country.Instead of Armenian-Azerbaijan Nagorno-Karabakh problem, many problematic issues were solved.Thus, Azerbaijan could ensure international integration through by implementing more realistic and pragmatic policies. 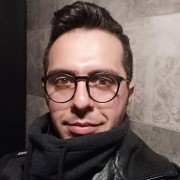